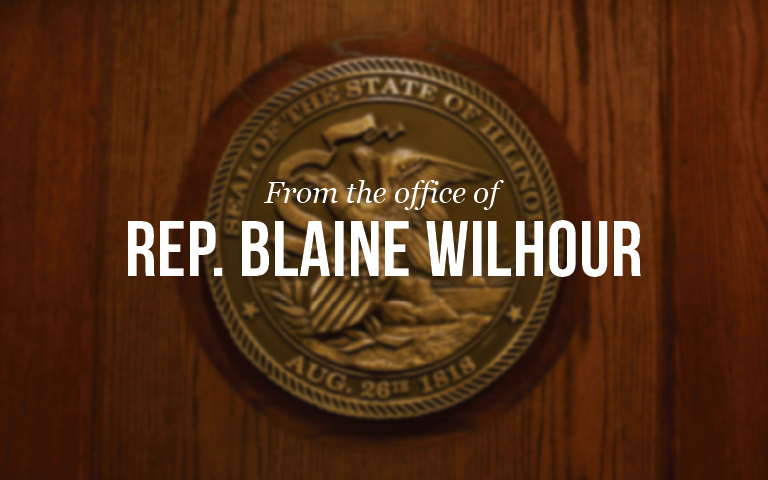 (Beecher City, IL) –– The Unemployment Insurance Trust Fund bailout is an unnecessary tax increase on job creators, according to State Representative Blaine Wilhour (R-Beecher City), who voted against the legislation.

The so-called compromise would provide $1.8 billion in funding to make the Unemployment Insurance Trust Fund solvent. About $1.36 billion would go to pay back the federal government while about $450 million would go to the fund as a low-interest loan businesses will have to pay back.

“In typical Springfield fashion, we can’t just pass a clean bill and do our due diligence to pay back the money that was borrowed during the pandemic,” Wilhour said. “Instead, our leaders have decided to hold job creators hostage by loaning funds Illinois businesses will have to pay back through rate increases. It is no wonder we are losing so many businesses to other states.”

Because Governor Pritzker locked down our economy, there were more unemployment claims than the Unemployment Insurance Trust Fund could handle. The federal government loaned the fund $4.5 billion. Last March, instead of fully repaying the loan, the state paid the federal government $2.7 billion and paid another $450 million in September. The legislation approved today accounts for the remaining balance on the federal loan.

“Governor Pritzker is patting himself on the back for this so-called compromise, but the reality is the entire reason there were so many unemployment claims was because of his decision to lockdown our economy,” Wilhour said. “Then under his poor leadership and mismanagement, the Illinois Department of Employment Security paid out $2 billion in fraudulent unemployment claims. So, claims went up because of his inept policies and $2 billion was wasted on fraudulent claims and businesses and workers are supposed to be happy that they get to pay back a loan from the state? This legislation is a victory for political insiders and influence peddlers and another attack on working people who again are paying the price for the poor leadership in Springfield.”