Rep. Wilhour: Murderers of Peace Officers Should Face the Death Penalty in Illinois 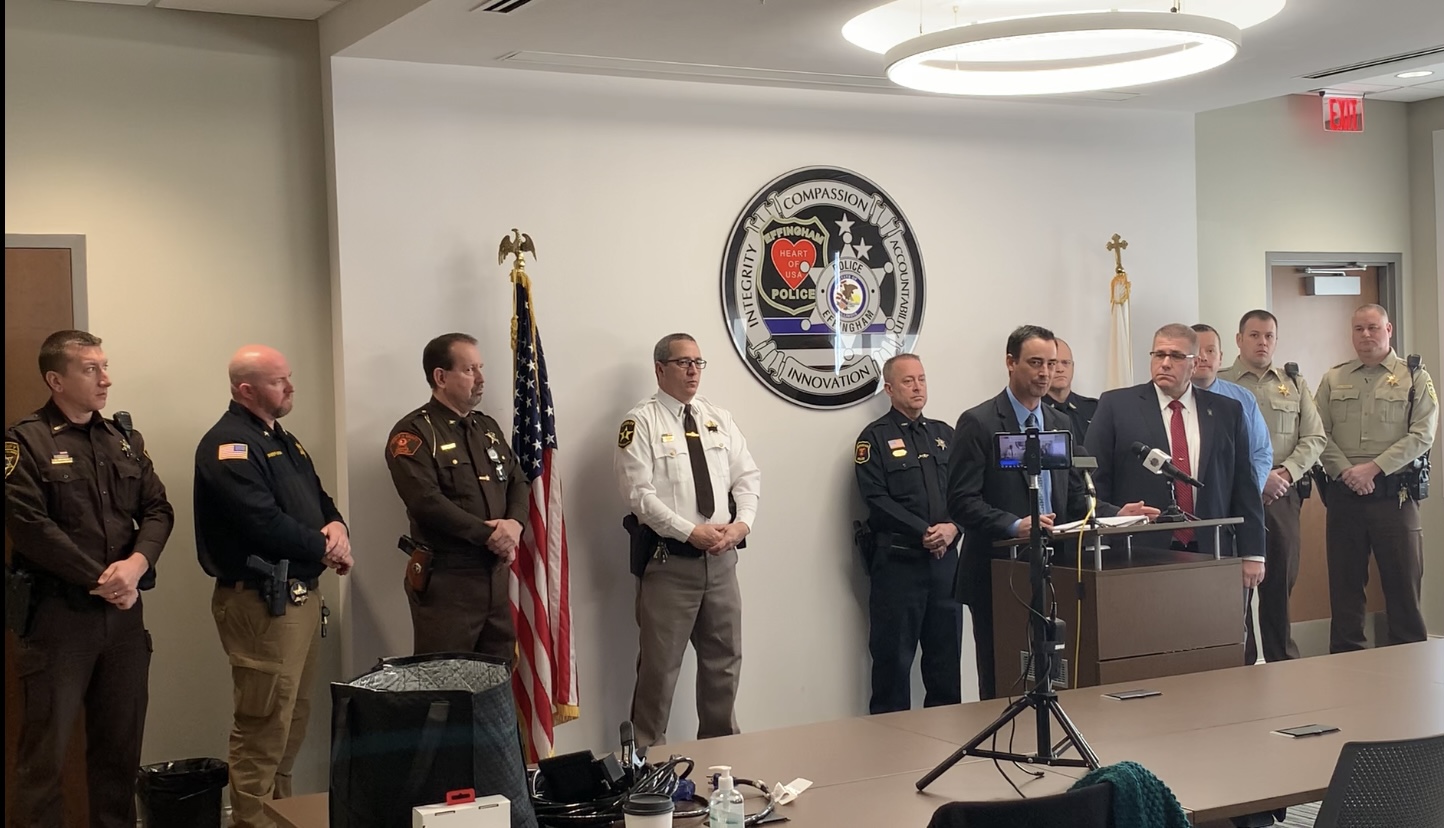 State Representative Blaine Wilhour (R-Beecher City) joined State Senator Darren Bailey, Effingham Police Chief Jason McFarlan and Amber Oberheim, the widow of murdered Champaign Police Officer Chris Oberheim Wednesday morning at the Effingham Police Department to discuss a proposal to reinstate the death penalty in Illinois for those who murder members of law enforcement while performing their duties. Senate Bill 3899 has been filed by State Senator Darren Bailey and Rep. Wilhour is filing a companion bill in the Illinois House.

“Lawlessness, disorder, and unbridled chaos on the streets of our cities are robbing too many citizens of the opportunity that they and their families deserve. Law enforcement officers are being overworked, disrespected, and put at unacceptable and unnecessary risk by politicians in this state and in our country. Innocent children are being gunned in their own homes. Things are out of control!

Law enforcement officers and innocent families that are victims of this culture of violence are not being properly represented in Illinois government. That has to change.

The policy of appeasement to criminals has been a deadly disaster. Illinois government, starting with Governor Pritzker, has been overrun by radicals who are aggressively pushing policies that punish the police and put them at unnecessary risk. Vilifying the police has catastrophic consequences and we will not tolerate it!

When we take over electorally, it will be known that if you come to Illinois and commit violence against a peace officer in the line of duty, we are allowing prosecutors to bring down the full force of the law on you.

And that’s what they are going to get under real leadership!”

This legislation would only apply for adults over the age of 18 who have been found guilty of first-degree murder. It would take effect immediately upon passage.