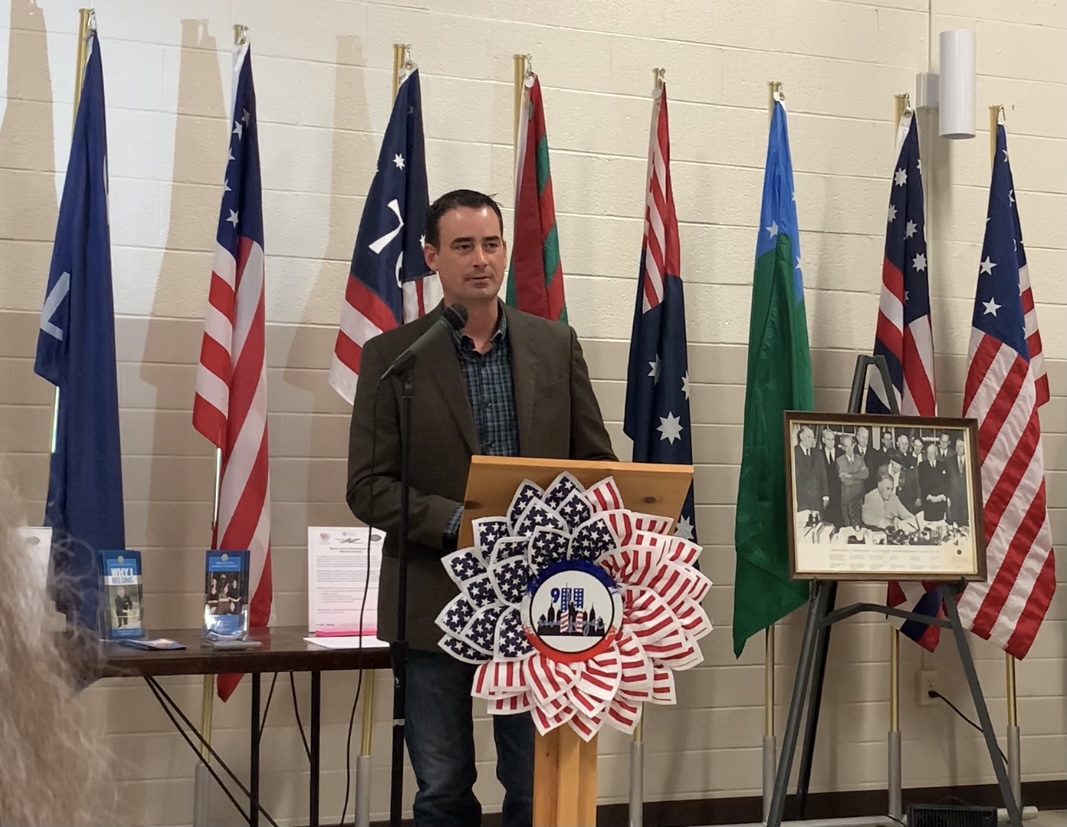 Rep. Blaine Wilhour speaks at the 9-11 Ceremony at Bryan-Bennett Library in Salem.

State Representative Bliane Wilhour (107th District) was the co-host legislator with State Senator Jason Plummer on Saturday, September 11, 2021 to remember the victims and the first responders of the attacks on America twenty years ago. The ceremony took place at the Bryan-Bennett Library in Salem.

The Flag of Honor on display at the ceremony formerly hung at the Southern Illinois University – Carbondale, in the Phi Sigma Kappa Fraternity in honor of fellow member, Brother Andrew Fredericks of Union College who died in Tower One of the World Trade Center on 9-11 saving others. New York Firefighter Fredericks taught other firefighters in Illinois at seminars held in Champaign, IL.

The Master of Ceremonies for the program was Retired Colonel Wyett Colclasure, U.S. Army. Wyett is also the current president of the Marion County Genealogical & Historical Society.

The Smithsonian Exhibit, Voices and Votes: Democracy in America will be on display free of charge at the Bryan-Bennett Library (315 South Maple Street in Salem) through Saturday, October 2, 2021 (the date of the Little Egypt Festival and Parade).

Schools and civic groups are encouraged to schedule a visit by contacting the library at 618-548-3006, ext 2.