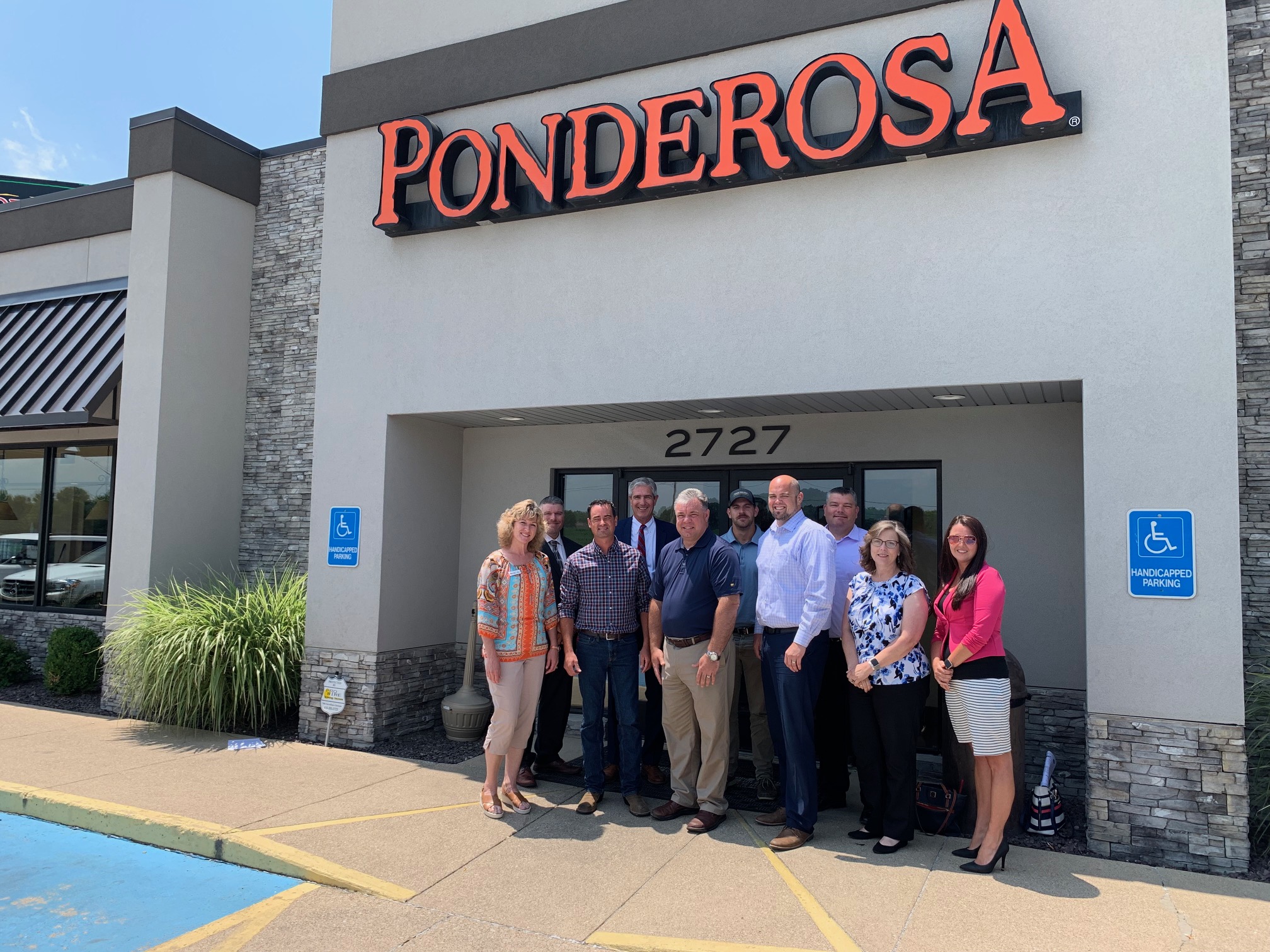 State Representatives Blaine Wilhour (R-Beecher City) was the invited guest for the Greater Fayette County Chamber of Commerce “Lunch & Learn” program on Wednesday in Vandalia. In addition to providing an update on the state of affairs with the General Assembly and state government, Rep. Wilhour took questions from the group of small business owners, educators, and community leaders.

“Unfortunately, the state of Illinois is adversarial towards business in the regulations, taxes and fees imposed on our job creators,” commented Rep. Wilhour. “The recent Moody’s upgrade on Illinois bond ratings has the Democrats and Governor Pritzker running around the state acting like they won a gold medal in the Olympics, but in reality it only means we are now just two levels above junk bond status, but we still have to pay higher interest rates on bonding projects.”

Rep. Wilhour talked about how Illinois is the corruption capitol of America, or at least a close second behind New Jersey as some say. The ‘ethics reform’ bill that was dropped on the legislature at the end of the session and he was one of five members to vote against that proposal.

“We have six members and former members of the Illinois General Assembly who are under federal indictment for corruption,” added Wilhour. “The legislation that came before us didn’t address real corruption. I was one of only five members of the General Assembly who voted against it and I stand by my vote. That ‘ethics reform’ bill was a watered down joke. There should be no compromise on our expectations for elected officials to act ethically and responsibly!”

Rep. Wilhour covered a variety of topics including public education and that the mandates on the education system has made it a mess!

“Education is the key to unlocking opportunities for the poor and disadvantaged in our state,” continued Wilhour. “There are 25,000 kids on the waiting list to receive the opportunity scholarships to get a better education but this Governor keeps trying to eliminate that program and has cut back the tax credit component drastically. This is an example of the teacher’s union, the most powerful special interest group in Illinois politics, and their influence over the Legislative Black Caucus to weaken this program that is helping children in poor neighborhoods and children at inadequate schools.”

“We need a vision to move Illinois forward–change the direction and shake up the special interests holds on our state,” Wilhour added. “We need fiscal sanity and zero-based budgeting that requires every department in the state government to justify expenses using your limited tax dollars. We need spending caps, and incentives for companies to come here and stay here. What you and I do around the kitchen table to prioritize the most important expenses for our families is the same kind of common-sense prioritizing we need to do with the state budget.”

“We need a rational energy policy in Illinois. We need to improve the vocational and technical training options for our young people to learn the skills to be successful for the jobs that are here in Illinois now. I’d conclude by saying strong families make for strong communities! Make no mistake, this thing they call ‘critical race theory’ is Marxist and we are in a cultural battle. We need to teach our kids critical thinking and how to think and ask questions…not teach them what to think but how to think for themselves.”

Rep. Wilhour pointed out that property taxes are out of control…everyone says so, but until we are willing to tackle things like education funding and pensions and start to reduce the bloated  administration (857 school districts in IL at this time) when other state who have more students with fewer school districts and higher test scores and graduation rates.

During the questions and answers section, Rep. Wilhour was asked about the mask and sex education mandates on schools as well as the new state maps legislation that split up Fayette County into different state representative districts and state senate districts.

“They should never break up a county of less than 20,000 people and water down their voice and common interests like they have done to you here in Fayette County,” declared Rep. Wilhour. “If the maps survive the court challenges by a Latino organization and our Republican Leadership and stay as the new boundaries were signed into law, then Fayette County will be split into three representative districts and two senate districts. Where we are now in Vandalia would shift to a different district.”

“This local Ponderosa restaurant is the last one in the state of Illinois as I understand it and like all of our businesses who were forced to shut down during the governor’s executive orders, we need to support all of our local restaurants to get back to normal,” concluded Rep. Wihour.