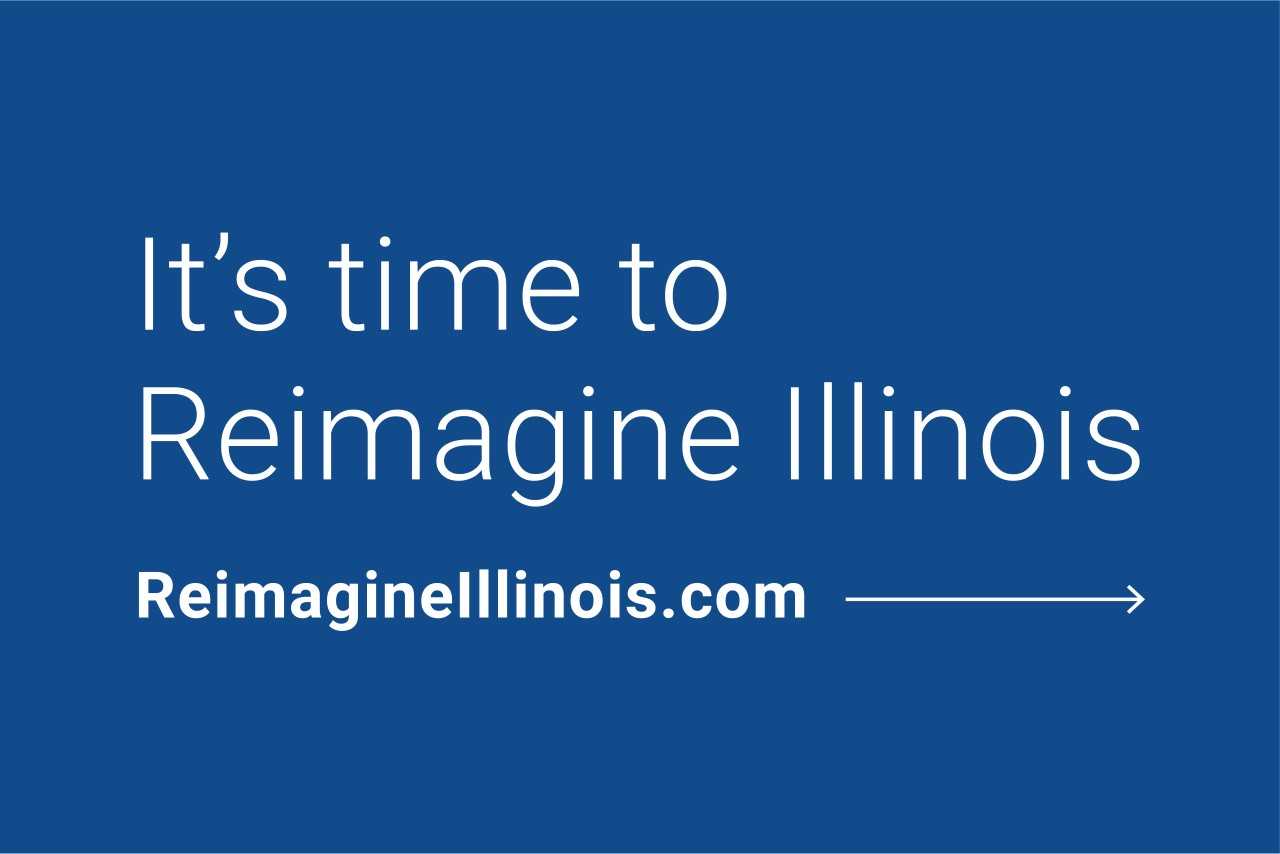 The Illinois House Republican caucus today launched a new comprehensive platform called Reimagine Illinois. The plan outlines House Republicans’ priorities for the 102nd General Assembly and asks Illinoisans to ‘Reimagine’ the unlimited opportunity in their State if much needed public policy reforms are made. State Rep. Blaine Wilhour (R-Beecher City) was one of the five members to develop this reform plan to reimagine Illinois in the following ways:

·         Imagine an Illinois where leaders take their fiscal responsibility seriously, watching every penny instead of raising taxes, increasing spending, and piling up debt year-after-year;

·         Imagine an Illinois where every community has good paying jobs, access to healthcare and educational opportunities that work for all students;

Reimagine Illinois consists of four components, each of which includes a list of introduced bills to reflect those initiatives:

·         Growing jobs and opportunities for our families

A multi-faceted website – ReimagineIllinois.com – includes various tools for the public to learn about the platform by downloading PDFS, watching member video summaries and signing a petition to get engaged.

House Republican Leader Jim Durkin says he is proud to lead a caucus with a bold vision and solid legislative agenda to achieve policy goals to improve Illinois.

“After the November election, I tasked a select group of members to collaborate and develop a path towards a better Illinois,” Durkin said. “Illinoisans made a strong, if not deafening, statement in November that they want real change, and the House Republicans listened. It’s time to reimagine Illinois, and make it a better place for all of us.”

Last November, Illinois voters from all political spectrums sent a message to Springfield that they were done paying for the mistakes and corruption of politicians. A group of House Republican lawmakers from across the state, including Blaine Wilhour, Mike Murphy, Avery Bourne, Tom Bennett, and Jeff Keicher, worked tirelessly to create a platform that reflected the House Republican principles.

“Citizens of my district sent me to Springfield to challenge the status quo and to help lead the effort for change that Illinoisans’ across my district and across the entire state have been demanding for decades,” commented Rep. Wilhour. “After just one term in the Illinois House, I learned enough to know my worst assumptions about a broken system in Illinois is true. People are leaving Illinois in record numbers.  Jobs and opportunity are vanishing.  We cannot wait for change. We have to lead the effort and we have a plan to do it.”

The  Reimagine Illinois plan reflects the values and concerns of working families across Illinois and presents a bold, detailed plan that will make Illinois a better place to live, work, and raise a family.

This Reimagine Illinois platform will resonate across Illinois by addressing long-standing problems that plague our state, including public safety concerns, access to critical health care needs, long-term debt and deficit issues, the highest combined taxes in the nation, and tackling public corruption. The goal is to turn that around and restore faith in government, integrity, and strong financial leadership.

Rep. Wilhour and his Republican colleagues in the Illinois House believe these proposals are realistic and achievable and are a common sense approach to set policies that reimagine an Illinois as the best it can be for our families and businesses to grow and thrive.

“We believe that our state has the unique natural advantages needed to become a job-creating powerhouse.  The only thing holding us back are generations of poor policy decisions and misplaced priorities from political leaders, added Rep. Wilhour. “Our Republican Caucus is putting out a roadmap of solutions, and we are calling on our counterparts in the General Assembly to work with us to responsibly address the systemic issues that have put our state in the mess we are in.”