Help Save the Lincoln Statues: Sign the Petition Today! 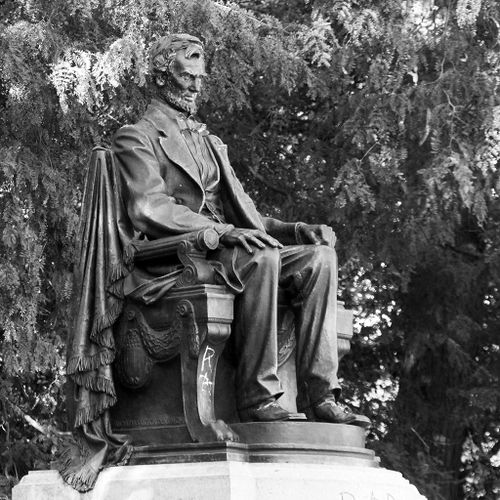 A city of Chicago commission has identified five statues of Abraham Lincoln among 41 monuments (Monuments – Chicago Monuments Project) that they will decide should come down as part of the sterilization of historical figures who don’t meet the progressive “Black Lives Matters” new criteria of acceptable people to recognize in American history.

Please help send the message that this revisionist attempt to erase people like President Lincoln from our history who have made lasting contributions to our great country is not the right thing to do!

A Chicago committee has listed five statues of Abraham Lincoln among dozens of monuments that it said needed to be reviewed as part of a project to reconsider symbols that have become “a focal point for conversation, protest and activism.”

They did not provide specific reasons that the statues of Lincoln, who started his political career in Illinois, should be reviewed for removal. The list also includes statues of Ulysses S. Grant, George Washington, Benjamin Franklin and several monuments to Indigenous people.

The committee said it had looked at 500 monumental sculptures, commemorative plaques and other pieces of public art in the city, almost all of which were created between 1893 and the 1930s. Forty-one were chosen for “public discussion,” the committee said, for reasons that included “promoting narratives of white supremacy”; the presentation of “inaccurate or demeaning characterizations of American Indians”; and memorializing historical figures with connections to racist acts, slavery and genocide.

Other reasons given were that the markers presented “selective, oversimplified, one-sided views of history” and created “tension between people who see value in these artworks and those who do not.”

Lincoln was born in Kentucky, but has become synonymous with Illinois, where he moved when he was 21 and where he lived until he became president in 1861. The state officially designated its slogan in 1955 as “Land of Lincoln” in honor of the former president, whose home in Springfield is designated a historic site by the National Park Service.