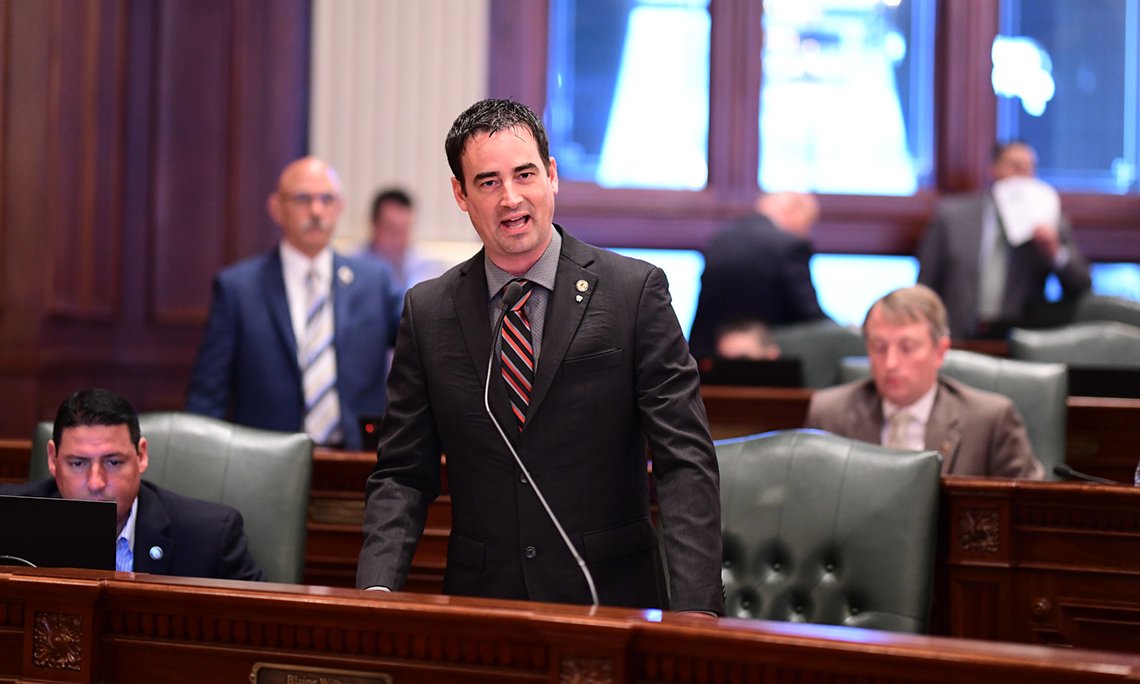 “The Governor likes to talk about hard choices, but the only hard choices this budget makes are raising taxes on job creators and eliminating education opportunity scholarships for working families at a time when the public education system is failing,” Wilhour said. “These terrible choices, like nearly every policy that comes out of our special interest dominated state government, ignore the life-changing economic pain of real working families.”

If the budget were based on current law, the budget would be out of balance by $1.653 billion. That deficit would be in addition to the state’s $5 billion unpaid bill backlog, $4.3 billion in short-term debt and $141 billion in unfunded pension liabilities.

“The Governor can continue to talk about ‘cuts’ and cast shade on Republicans for not identifying all of these for him, but all of this talk avoids the real issues,” Wilhour said. “Agency cuts are important, but they are just a drop in the bucket compared to our real spending problems. We need to completely transform how the state spends money. Real spending reform is the only solution.  Let’s use this time to regroup and reprioritize our spending. That’s where the real hard choices are going to be made. Unless these budgets are instituting structural reforms to spending like pension reform, zero-based budgeting, spending caps, government consolidation and elimination, and smart deregulation, you can rest assured they are not truly balanced.”

Wilhour said the Governor’s budget does what all Democrat budgets before them have done-prioritize the interest of the special interests ahead of the interests of the taxpayers.

“If we are going to stop the exodus of people from Illinois, we have to change our policy priorities,” Wilhour said. “The reforms I have been pushing are the long-term solutions we need to turn our state around. We need a new direction – not the failed policies of the past.”