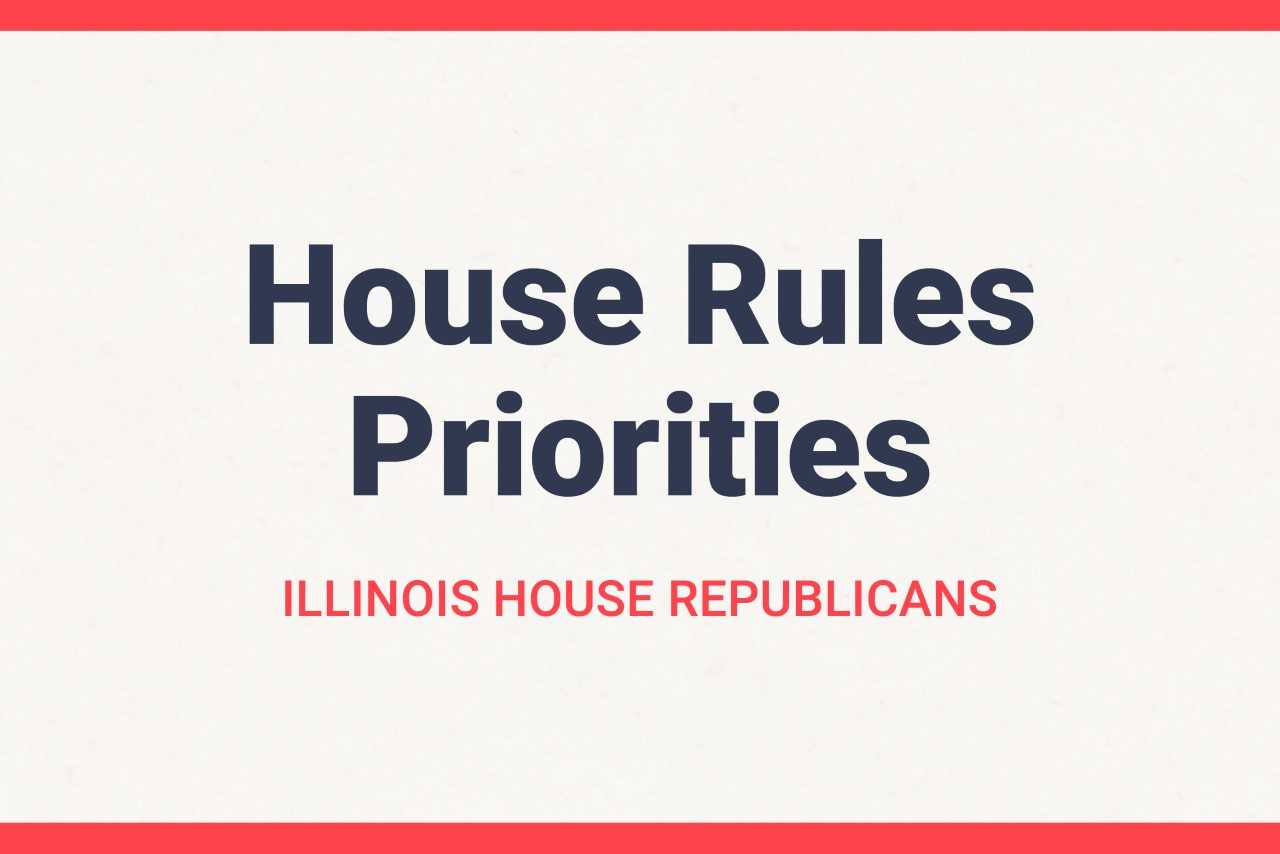 Once again, along partisan lines, the Illinois House adopted its operational rules for the 102nd General Assembly. State Representative Blaine Wilhour (R-Beecher City) once again opposed Democrat Party rules that prevent transparency and keeps all the power in the hands of one individual with a process that does not respect minority viewpoints. The rules can be found online at ilga.gov (HR0072 102ND GENERAL ASSEMBLY (ilga.gov)) with the amendment here (Illinois General Assembly – Full Text of HR0072 (ilga.gov).

“We should be able to call a bill for a vote with a majority vote of the house members and members should elect the committee chairs with a majority vote,” according to Rep. Wilhour. “Real reform from the Madigan rules would include eliminating the sneaky practice of substituting members on a committee so they don’t have to cast a controversial vote that their constituents would like back in their home district.

“Setting a public schedule for bills to be considered with a minimum of 72 hours to review budget bills that spend other people’s money. And they should end the practice of ‘gut & replace’ of the language in bills to circumvent the three readings process.”

“The new speaker has become fond of saying the new rules are ‘historic’ I guess if you consider changing session time from 12:00 noon to 12:30pm and passing a non-statutory (meaningless) term limit “historic’, then so be it,” added Rep. Wilhour. “We need to statutorily impose term limits on leadership and not just say there are term limits of 10 years in a document that only exists for two years at a time.”

“To me and the average taxpayer, it looks like more of the same. There is nothing in House Resolution 72 that functionally makes this speaker position any different than it was under Speaker Mike Madigan. There is too much power flowing through one person: no transparency, no accountability and nothing to ensure that the minority party can properly represent their constituents. We pay taxes and suffer under these poor policies so we should have a voice. These rules ensure that our ability to properly represent will be severely limited. This is a missed opportunity and not a good start for the new speaker,” concluded Rep. Wilhour.

You may follow the proceedings of the General Assembly at ilga.gov and sign up for legislative updates at RepWilhour.com.