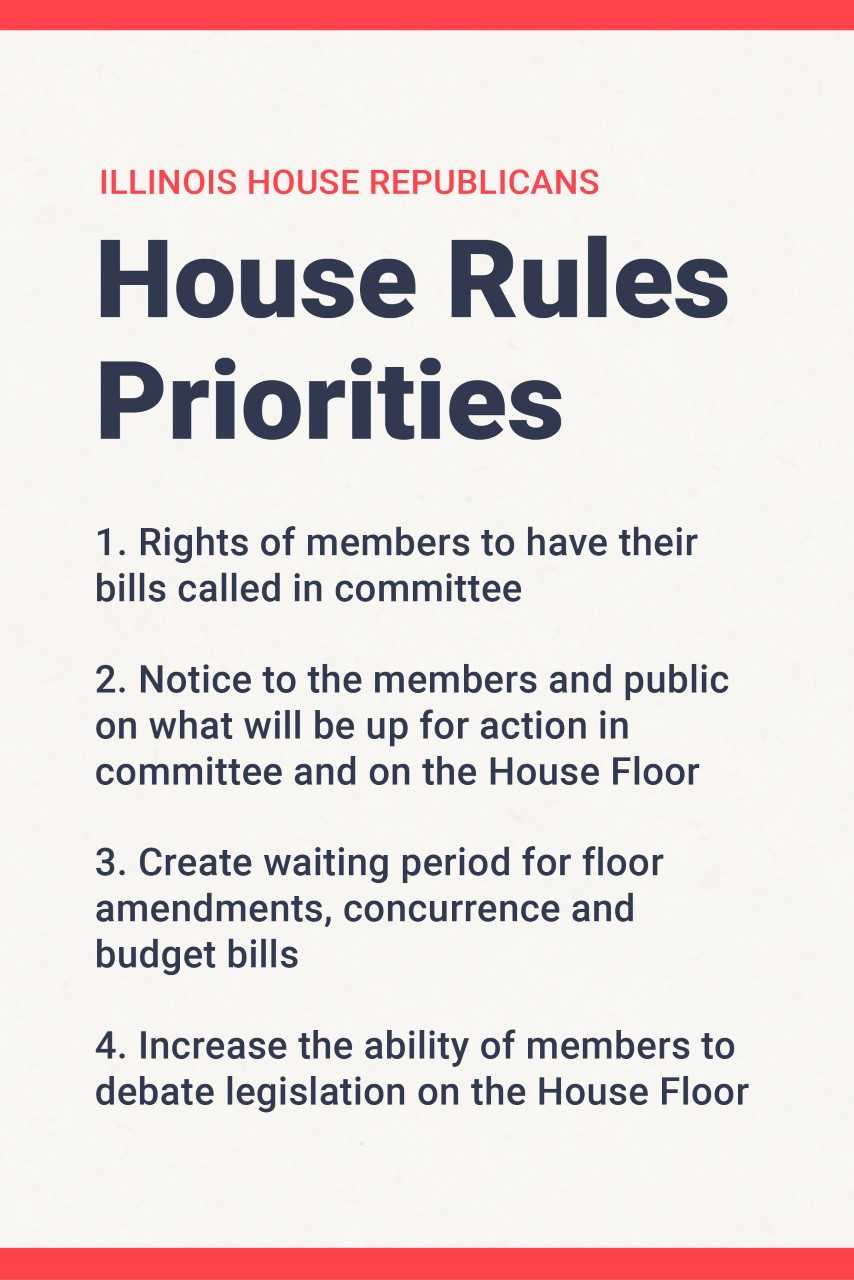 “We need to move away from the ways of the past to give Illinoisans the honest, transparent state government they deserve. The process has to change and it starts with the House Rules,” comment Rep. Blaine Wilhour (R-107th District)

Here are the House GOP four highest priorities on the Rules:

1.    Rights of Members to have their bills called in Committee

2.    Notice to the Members and Public on what will be up for action in committee and on the Floor

Create a reasonable public review period of at least one calendar day before consideration of floor amendments and concurrence motions and budget bills. The Rules would prohibit consideration until the calendar day after notice is posted for a hearing, or the calendar day after the measure is reported directly to the House from the Rules Committee.   Current rules allow consideration one hour after the amendment is reported to the floor by the Rules Committee, or require a one-hour posting notice if referred to committee. Under these Rules, the House can be voting on a $40 billion budget with an hour’s notice. Does that really allow a member to truly know what is in that budget? Does the public know what is in it? We need to give everyone the chance to review all pieces of legislation and know what is being voted on in the House before taking final action. We need to be transparent with our actions.

4.    Increase the ability of members to debate legislation on the House Floor

In order to provide for a more thorough debate on legislative matters before the House, changes to the House Rules are needed so that those members who wish to debate a matter are given the chance and members receive as much information as possible to make an informed vote. To ensure that this occurs, it should take 71 votes to rule a fiscal note and all other notes inapplicable, a move to previous question must require a recorded vote (rather than voice vote), and a more streamlined debate process implemented. If we want to be the best legislators we can be, we need to be as informed as possible before we vote. A strong and vigorous debate allows that to occur.