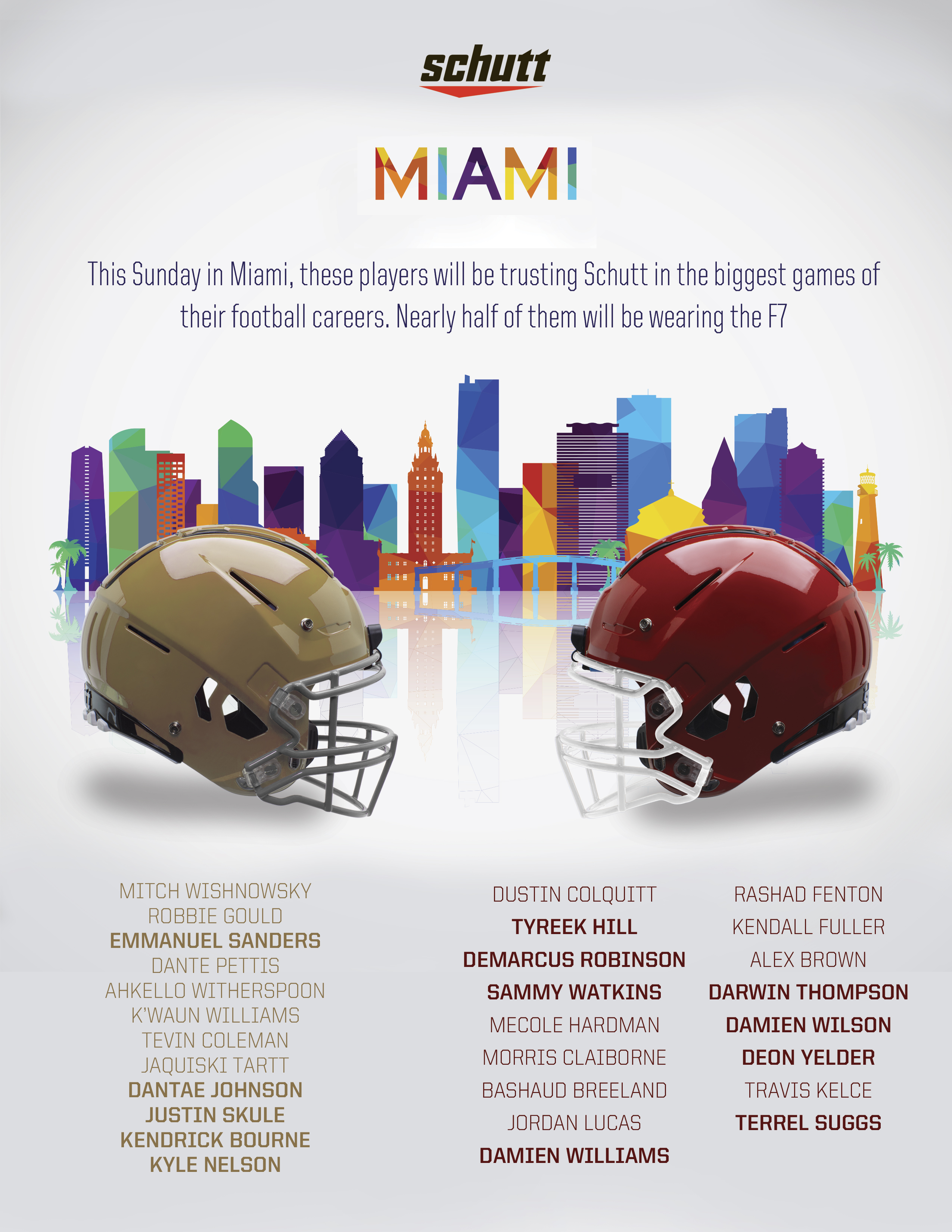 State Representative Blaine Wilhour (R-Beecher City) is proud to announce that once again a large number of professional football players on both teams in the Super Bowl on Sunday will be wearing protective helmets made right here in Illinois at the Salem location of Schutt Sports.

“No matter which team you’re rooting for, we all hope for a safe and exciting game, and are proud that part of the safety gear many of the players will be wearing comes from right here in Salem,” said Rep. Wilhour. “This is one of the biggest sporting events in America and millions from around the world watch this game. When you see the players wearing the Schutt helmets, especially the distinctive F7 with its external plates, you can think of the many jobs that are supported locally and the part these workers play in helping provide a safer experience for the players.”

Other Illinois connections to the Super Bowl include former Eastern Illinois Panthers quarterback Jimmy Garoppolo who will be starting for the San Francisco 49ers and former University of Illinois player Nick Allegretti who is an offensive lineman for the Kansas City Chiefs. In addition to Garoppolo playing for the 49ers in the Super Bowl, former Panthers defensive tackle Nick Kray is currently the administrative assistant to the head coach for the 49ers, Kyle Shanahan.

“There are 29 players on the Chiefs and 49ers wearing our helmets this weekend in Miami,” said Glenn Beckmann, Director of Marketing Communications of the Kranos Corporation (dba Schutt Sports). “Thirteen of those players will be wearing our latest helmet, the F7. The F7 LTD is the top rated helmet on the market and the best testing helmet in the history of the Virginia Tech STAR Rating system.”