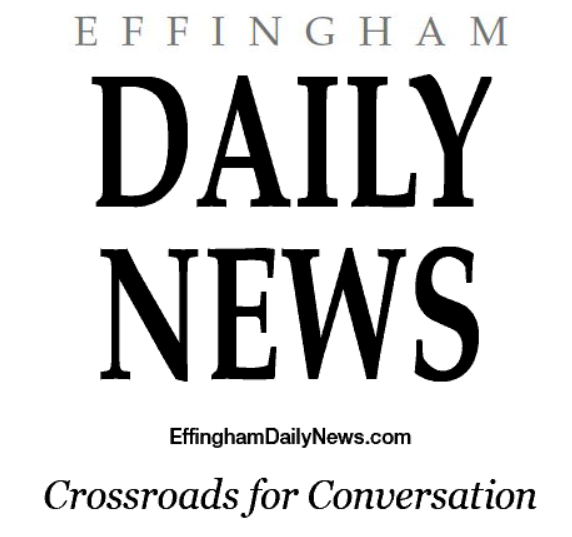 The following is a “Guest Column” provided by Rep. Wilhour published in the December 6, 2019 edition of the Effingham Daily News:

The path to financial stability in Illinois begins with pension reform. It is key to lowering the tax burden on residents and unlocking the vast economic potential that is being wasted in Illinois, and yet for those running our State Government, the issue is nearly untouchable, rarely spoken about and almost never acted upon.

In the just completed veto session we were presented with an unquestionable opportunity to act on pension reform. When there is a bipartisan movement on this issue you can rest assured that I am going to be at the table.

Like most things in Springfield, there are lots of misconceptions and misdirection when it comes to the police and fire pension reform legislation we approved during the Fall Veto Session.

The legislation (SB 1300) consolidates the 650 downstate police and fire pension funds. The idea is to leverage a higher rate of return on investments by pooling the combined resources in the funds. It’s simple economics, right? The increased investment power provided through the consolidation is our best shot at increasing the fund revenues and decreasing our liabilities without raising taxes or cutting services to police and fire personnel. With the newly combined $14 billion, the suburban and downstate police and fire plans could garner anywhere from $820 million to $2.5 billion in the next five years.

So, instead of asking taxpayers for more money to shore up these funds, we have an opportunity to substantially grow these funds through investments in the market. Limiting upward pressure on property taxes was always my objective with this legislation.

There were plenty of legitimate reasons to oppose this legislation. As we started negotiations, is was a good, common sense bill. Then, as often happens in Springfield, politicians opened it up to their special interest donors and they came in and mucked it up with special handouts. They added in Tier II pension enhancements that had nothing to do with the underlying bill. They did so without releasing an actuarial analysis on the cost, the severity of the problem and the minimum dollar amount it would take to fix it. This process was ridiculous and irresponsible and I can understand why some of my colleagues ultimately voted against SB 1300.

But I am troubled by legislators who misrepresent and mislead when it comes this bill. One such misconception is the so-called “loophole” allowing communities well-funded municipalities to be fleeced by underfunded pension trusts. This is false.

In other words, the legislation does not allow individual police and fire pension funds to unfairly take more than their fair share from the consolidated fund nor does it bail-out

mismanaged funds with other people’s money. All it does is allow the lesser funded members a chance to increase their returns. Legislation to supposedly protect the individual police and fire pension funds has been introduced but this legislation is simply not necessary as it is a bill to do exactly what Senate Bill 1300 already does! I would not have voted for the bill if there were no protections for the various funds being consolidated.

Another concern about SB 1300 is that consolidation means Illinois politicians are controlling all 650 downstate and suburban pension funds. I get the mistrust of government, believe me. But this is simply not true. These funds will be managed by a 9-member board of whom 5 of the board members are members of the pension system who are directly elected by their peers. Lawmakers and state agencies will NOT be able to touch these funds. It will be almost identical to how the Illinois Municipal Retirement Fund (IMRF) is managed and distributed.

The bottom line is Illinois has an unfunded pension liability of $241 billion, the highest in the nation, according to Moody’s. We can’t afford to delay reform any longer. As people who promote fiscal responsibly and streamlining of government, we can’t continue to balk every time we are asked to streamline our own government. Senate Bill 1300 is not the comprehensive solution Illinois needs and it included too many unnecessary handouts but at the end of the day it stands a good chance of putting local municipalities in a position to save taxpayer dollars and that is always my priority.

If we want to get serious, we need to pass a Constitutional Amendment to give the Legislature the ability to save public pensions from their impending collapse, but until that happens, we must embrace the reform opportunities we have. If we can’t take a simple, common sense step like consolidating pension funds – how do we expect to be able to do the larger, more comprehensive reforms we need?

Despite many concerns, I believe the original concept of consolidation for increased investment returns is sound and will save taxpayer money. Given a choice between some reform and no reform, I reluctantly chose some reform as I continue to advocate for the comprehensive pension reform our State desperately needs.

State Rep. Blaine Wilhour, R-Beecher City, represents the 107th House District. He can be reached at wilhour@ilhousegop.org or at his district office in Effingham at (217) 994-9348.