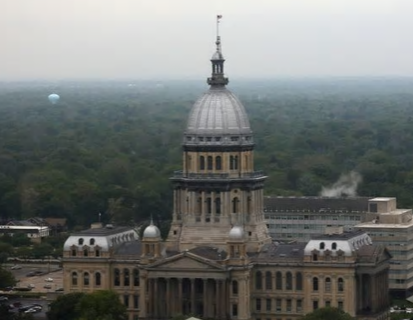 State Rep. Blaine Wilhour (R-Beecher City) along with two of his house colleagues are formally calling for a Special Investigating Committee of State Representative Luis Arroyo (D-Chicago) in the wake of the federal bribery charges filed against Arroyo.

Representative Wilhour along with Representatives Amy Grant (R-Wheaton) and Tony McCombie (R-Savanna) filed a petition under House Rule 91 to invoke a six-member bipartisan Special Investigating Committee into Arroyo. Invoking House Rule 91 is the first step in the process for House members to remove a sitting member from office.

“It is outrageous that Rep. Arroyo so far has refused to resign,” Wilhour said. “We need to root out corruption in Springfield and we need to do it in a meaningful way. The first step is to remove Rep. Arroyo from office. If he won’t resign, then we as elected officials have a responsibility to use the tools and procedures at our disposal to remove him from office.”

Rep. Arroyo, who is also a lobbyist, was arrested on Oct. 25, 2019 on a federal bribery charge. Arroyo was allegedly recorded offering and then delivering a State Senator a bribe of $2,500 per month in exchange for support for video gambling sweepstakes games legislation, which would benefit one of Arroyo’s lobbying clients. The State Senator in question was working with the Federal Bureau of Investigations and was wearing a wire at the time the alleged bribe occurred.

The Arroyo arrest comes on the heels of the FBI raid on Senator Martin Sandoval’s (D-Chicago) home and offices. Sandoval is the chief architect of the recent infrastructure bill. There are allegations against him that he accepted kickbacks from road builders.

“Political corruption is costing us big time,” Wilhour said. “It is hard enough to attract jobs and opportunities to a high tax state like Illinois, but when you factor in the pay to play environment here – it is even more of a challenge to grow our economy. We must change the culture in Illinois. Removing the bad actors like Rep. Arroyo from office is a good first step, but there is much more to be done to root out corruption in Springfield.”