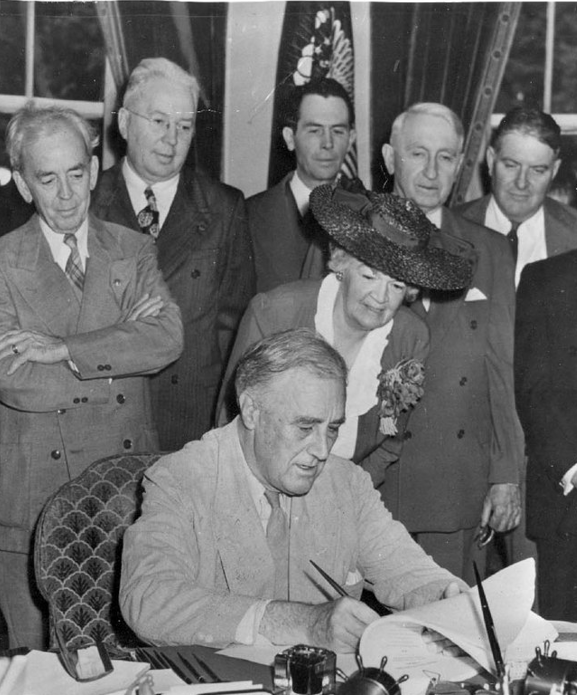 Former Illinois Gov. John Stelle (far right back row) joined for the signing of the GI Bill on June 22, 1944.

The G.I. Bill of Rights was born in the Luther B. Easley Post No. 128 of the American Legion in Salem, on November 4, 1943. It was drafted by Omar J. McMackin – Salem, Earl W. Merritt – Salem, former Governor John Stelle – McLeansboro, Dr. Leonard W. Esper – Springfield, George H. Bauer – Effingham, William R. McCauley – Olney, James P. Ringley – Lemont, and A. L. Starshak – Chicago. The plan was taken to Washington D.C. by Governor Stelle, who was with President Franklin Delano Roosevelt when he signed it into law on June 22, 1944. The law was officially titled as the Servicemen’s Readjustment Act and was created to assist veterans of active service in the Armed Forces during World War II.

Today at 11:00 a.m. at the American Legion Post 128 in Salem, there will be a program celebrating the 75th Anniversary of President Roosevelt signing the bill into law. The program is open to the public.

To learn more about the history of the GI Bill click HERE. For more information on your GI Bill benefits, please click HERE.