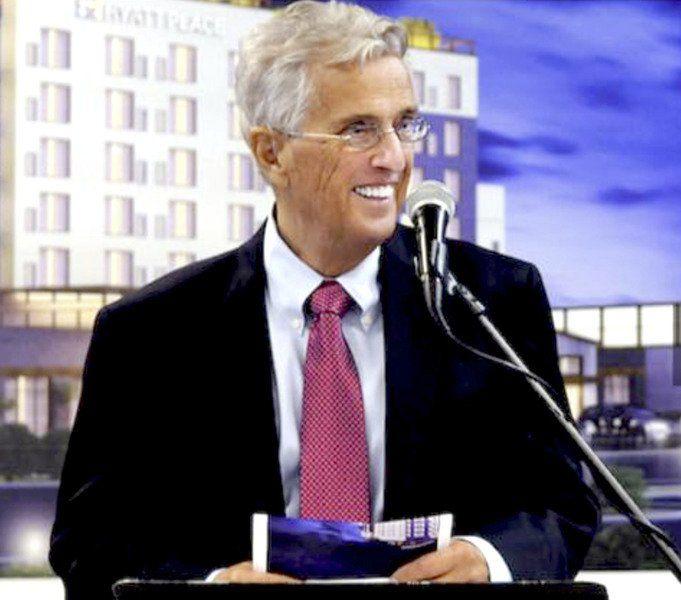 Today we honored the service of former State Representative Charles “Chuck” Keller of Effingham. House Resolution 125 was passed with Keller’s family watching in the House Gallery. You may watch the video HERE.

Following are my comments:

Today, we rise to pay tribute to the life & contributions of Effingham Native and Former State Representative Charles Keller. Chuck passed away on January 22nd of this year on his 80th Birthday.

Mr. Keller was a man that cast a long shadow in South Central Illinois.  He was always in the mix.

Chuck made an impact on a lot of people–including German Foreign Exchange Student Uwe Blab, who the Keller Family hosted in their home in the early 1980’s.  People remember Uwe because he helped lead the Effingham Hearts Basketball Team to the State Championship Game in 1980.  Uwe went on to star at Indiana University, played professionally and still considers Chuck a father to this day.

Chuck had the vision to start the Thelma Keller Convention Center in Effingham which has really become a landmark location.  It’s played host to almost every significant event in our area and provided countless jobs and opportunities in our Region. That was the Chuck Keller I always knew. The savvy entrepreneur who was a visionary and icon when it came to development and job creation in Southern Illinois.

Now, I never knew Chuck Keller the Politician.  That was far before my time. But in 1960, he served as President of the Young Democrats of Illinois and was intimately involved in the successful campaign of a Great American President, John F. Kennedy.  He then went on the win five consecutive terms to this body as the State Representative serving the Greater Effingham Area from 1968-1977.

So today, with the Keller Family in the Speakers Gallery, we resolve that this body should recognize, honor & celebrate the life and achievements of Charles Keller, a man that served this State and his Community with Distinction and truly made a lasting impact on our region.